This time, our English teacher asked us to search and post about natural phenomenon. You need to know, there are millions of amazing natural phenomenon around us. Well, while I was searching I found out about this one and immediately fell in love in the first sight *haha* Sooo... let’s check it out! 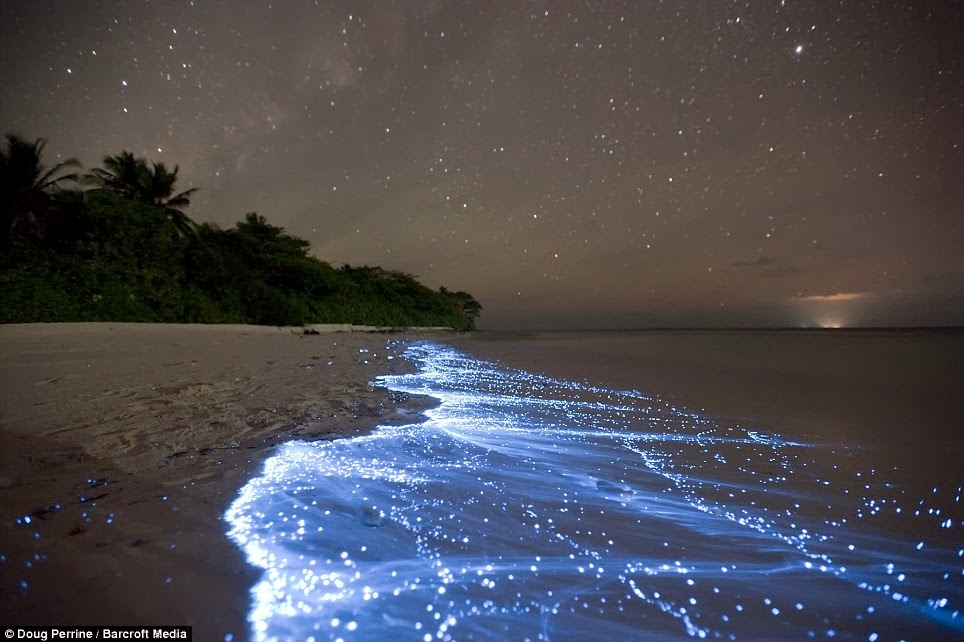 Have you ever seen the scenery above?

Well, I’m sure most of you haven’t seen that because I don’t think it has happened in Indonesia before. It had happened in San Diego, Maldives, and some other beaches though. This phenomenon often called Electric Neon Blue Ocean or blue tide because of its glowing effect and it’s neon blue color. 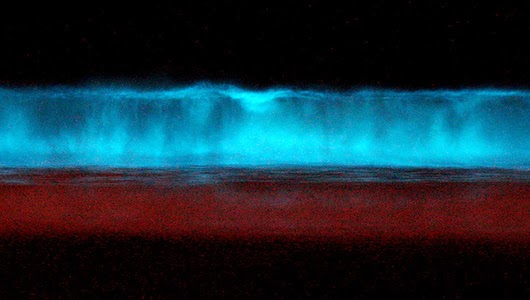 This phenomenon is caused by natural chemical reaction called bioluminescence, which occurs when a micro-organism in the water is disturbed by oxygen. Although a rare sight on a shoreline, the phenomenon is more commonly seen at sea in the wake of ships that stir up the oxygen in the sea, which causes the bioluminescent bacteria to glow.

The glowing is caused by a massive red tide, or algae bloom, of bioluminescent phytoplankton called Lingulodinium polyedrum. The microorganisms emit light in response to stress, such as when a wave crashes into the shore, a surfboard slashes through the surf, or a kayaker's paddle splashes the water. The result is a wickedly cool glowing ocean.

In a Los Angeles Times story, Scripps Institution of Oceanography professor Peter J. Franks said of the phytoplankton:
“When jostled, each organism will give off a flash of blue light created by a chemical reaction within the cell. When billions and billions of cells are jostled — say, by a breaking wave — you get a seriously spectacular flash of light.”

Is it toxic for humans? Lingulodinium polyedrum has been related to production of Yessotoxins (YTXs), a group of structurally related polyether toxins, which can accumulate in shellfish and can produce symptoms similar to those produced by Paralytic Shellfish Poisoning (PSP) toxins. Though mildly toxic, the event is not harmful to humans, but a morning surf or swim is not nearly as refreshing as it can be without the plankton bloom. But at night, the glow of the waves is almost otherworldly. And of course, people are venturing out trying to ride the blue waves. 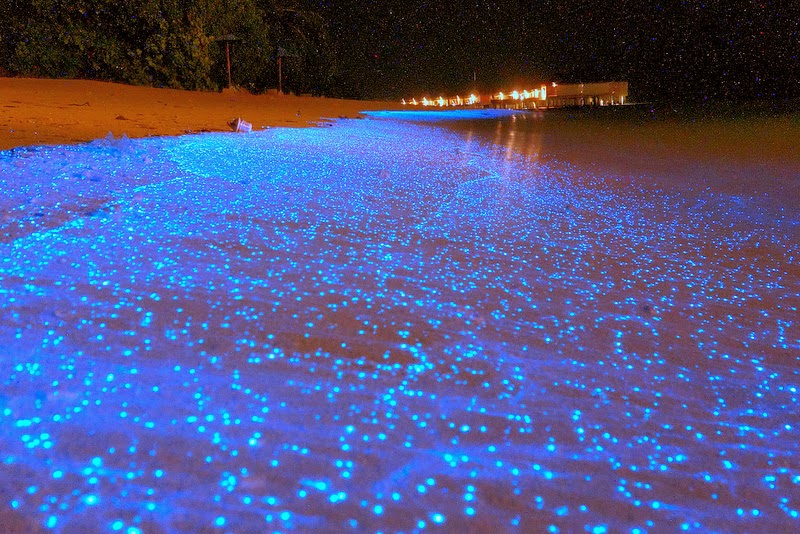 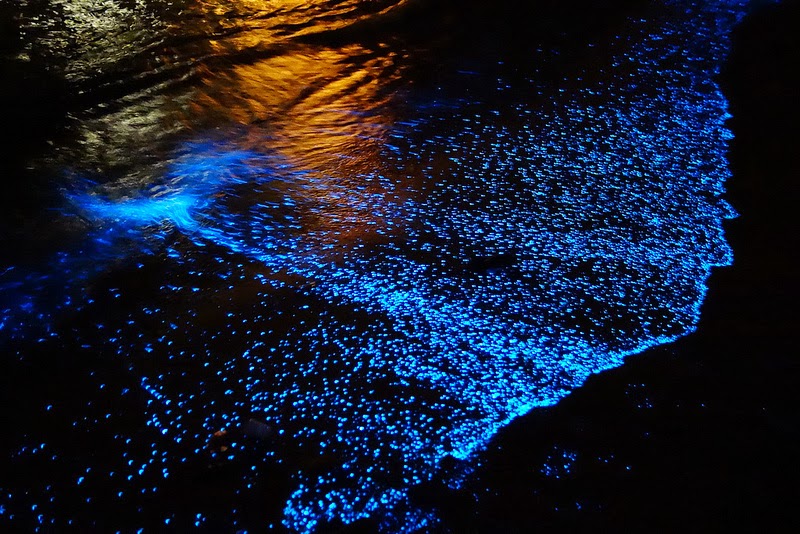 So, that’s one among millions amazing phenomenon that’s happening in our nature. Hope this post could widen your horizon! Thank’s for reading!